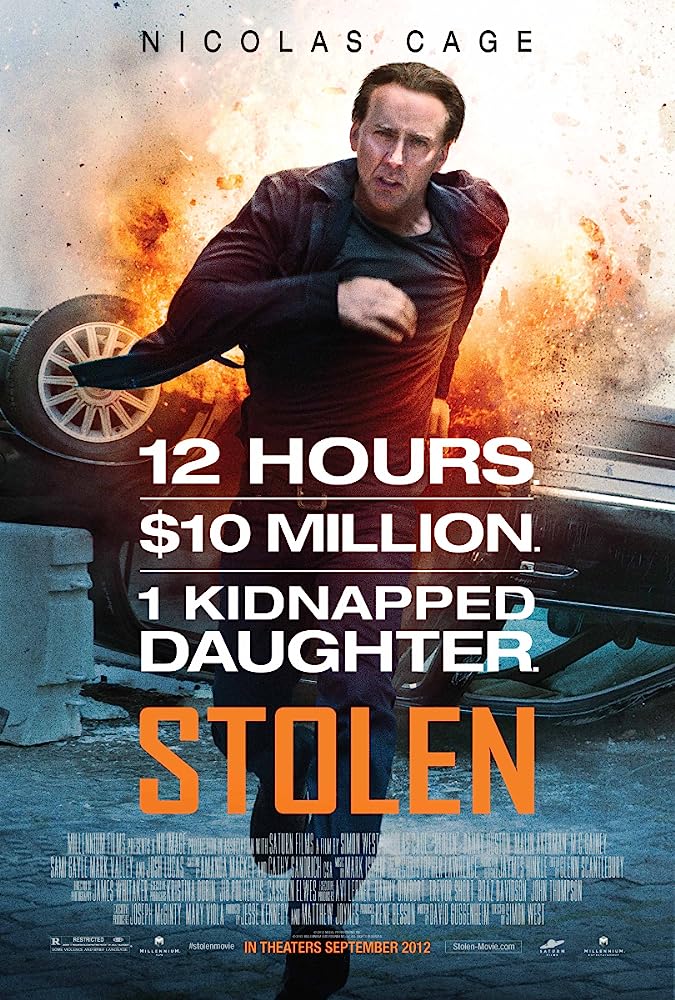 Sometimes you can have all the right elements going into a film but when everything is said and done, it doesn’t necessarily mean it is going to be a box office smash. Take David Guggenheim the writer from Safe House, Sam West the director of Con Air, The Mechanic and The Expendables 2 then throw in Nicolas Cage and a strong supporting cast… Unfortunately this did not prove to be the successful formula the studio or audience was looking for.

The story centers on Will Montgomery played by Cage. After a robbery gone bad Will is caught and sent to prison for 8 years while his gang gets away. Vincent played by Josh Lucas (J. Edgar, the Lincoln Lawyer) was the reason everything went south and in the process Will shot him in the leg, later forcing him to have his leg amputated. Fast forward 8 years later when Will is released from prison he goes to see his teenage daughter who wants little to do with him. Out seeking revenge Vincent kidnaps Will’s daughter in hopes to get the $10 million they didn’t get 8 years ago. With no way to pay Vincent, Will must find a way to save his daughter and give Vincent what he wants.

The story is ambitious but lacks any real “meat”. Everything is superficial and feels like paint by numbers. The cops that have been pursuing Will are even laughable as they seem to be playing a comedic/serious/good cop, bad cop routine. It’s a shame too since they’re played by Danny Houston (21 Grams, Children of Men) and Mark Valley (The Siege, Harry’s Law). If the film has anything going for it, it’s the action scenes. West has an eye for destruction and mayhem; all the car chases and shootouts are beautifully shot and enjoyable to watch. Unfortunately the score attached sounds just wrong for the film; it was a cross between Beverly Hills Cop and Fletch.

The film bombed in theaters and was only out for 2 weeks. It’s a shame to see all this talent put together with not much of a result. However, I will say it is a cheap, fun ride to get on if you’re in the mood to watch a mindless action/thriller that fills up some time.