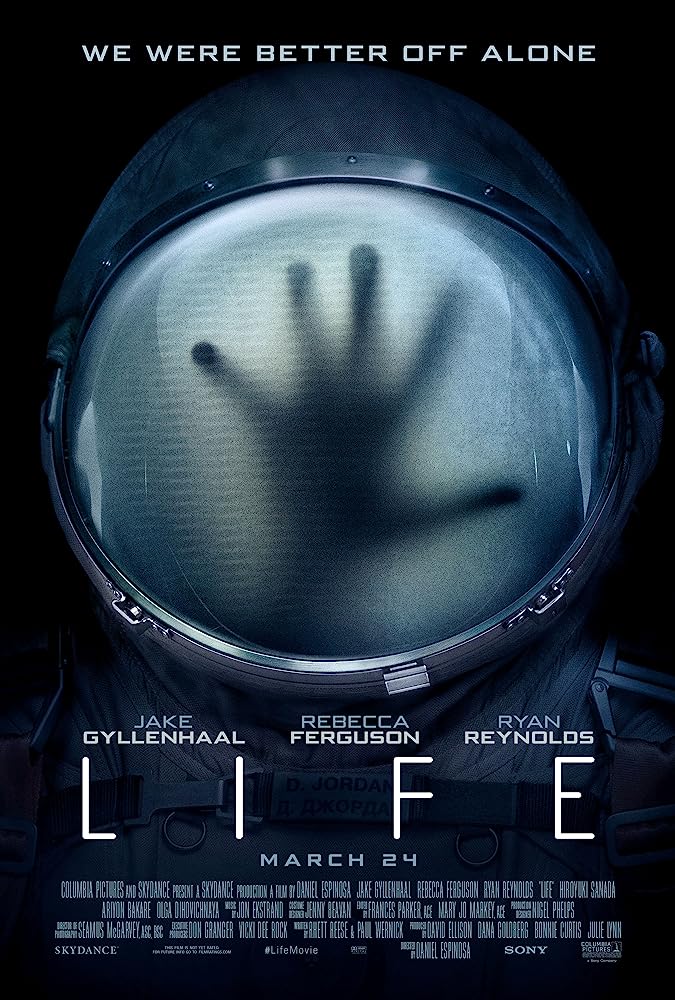 LIFE is a really good film. I just can’t really say it was nothing more than a great clone of the ALIEN films. I understand filmmakers can make homages to their favorite films but blatantly ripping off a film really sets it off from the bunch. Until things got going after around 30 minutes. It was almost a scene by scene replica of ALIEN. From the spaceship, long shot, to the glide through the ship and the introduction of characters. LIFE could have been a different film. It is not hard to do so. But, there was definitely a fair share of positivity here as well. The score soundtrack was incredible, it was very moody and had an awesome tone throughout the whole film. Jake Gyllenhaal, was incredible. He definitely gets the big bulk of the film to do his usual phenomenal acting. Without him I think the film would suffer. His Doctor character was truly gut-wrenching. And his scenes with Rebecca Ferguson, who is a revelation again, were truly touching. Besides Hiroyuki Sanada, his arc was compelling as well but other characters were a bit empty and I can see why people wouldn’t like this film. LIFE was very entertaining. People who love space films and horror would dig this in my opinion. LIFE had many unsettling scenes. Like some really, really gruesome and intense scenes. It is an above average film. I am happy I saw it in the theatres, even though I think IMAX would have been more kick-ass for this type of film.