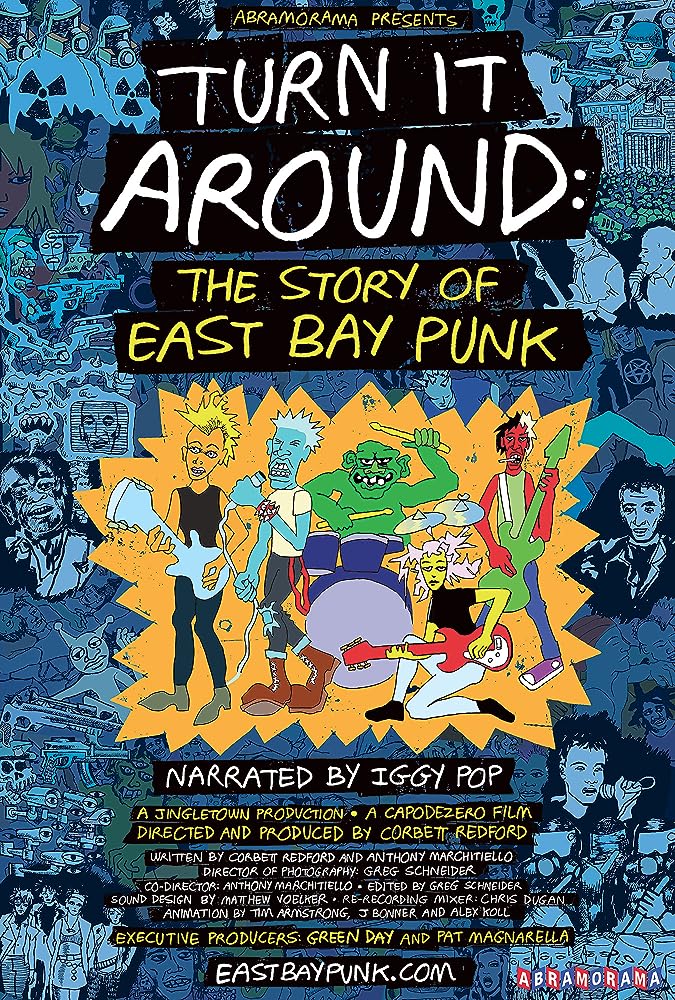 Being “different” or “against the norm” has become more acceptable in today’s society. It is embraced and promoted to create a wider understanding of compassion and comradery. Obviously this was not always the case but what some may not consider is how much music plays a part in this. Music has always been able to break down barriers and bring people of all types together over the simple joy of its sound. We all have preconceived notions of music genres and the people associated with it but one of the most stigmatized might be punk. With its loud, screeching vocals, hyper speed drumming and wild guitar riffs people might not consider the ideology and roots behind the punk movement.

Across the pond in London there was The Clash, on the East coast there were The Ramones and on the West coast you had the bands and people that would carry the punk movement into the future. The East Bay area consisted of San Francisco, Oakland and Berkeley and in the 60’s was known to be the focal point of the hippie movement and the voice of the peace and love movement; also considered a hot bed for creativity. What started in the early 80’s was an uprising of youth that could be considered similar to that of any previous generation where music also played a key role. Through the vision of Tim Yohannan, a punk rock fan and newsletter MaxiumRockNRoll founder, he set up an establishment where people of all ages could come and watch/interact with performing bands; later known as Gilman because of its location at 924 Gilman Street.

Gilman served as a launching pad for the punk genre in the East Bay area. It was the club punkers could go where they all felt as one and weren’t alienated for looking different. It was in that group mentality that gave a big fuck you to society. The difference with the East Bay area opposed to everywhere else is that community started and grew by its own members. People worked together to make Gilman a reality as they built the club from scratch and made its own rules so everyone could come and have fun. It allowed people to express themselves creatively and be a part of something they felt was not possible; being accepted with no judgement or prejudice. Through this cult underground movement bands like Operation Ivy, Green Day, Jawbreaker and Rancid became known the world over.

I have never been a big punk listener but when watching this documentary I can confess as they were going from band to band I was looking them up on Spotify to listen to later. You gain a new appreciation even if you’re not a fan of the music for the compassion and drive these people had to claim something for themselves and make it their own. It’s never easy feeling different but it’s even harder when you feel like there is no one else like you out there.

At times I felt like I was watching a Ken Burns documentary because the film goes through a decade’s timeline of how everything progressed for the punk movement in the East Bay area. Each year a new story could be told about the music at that time, the people involved, the backstage dealings and everything else dealing with punk rock. Much like a distorted family tree this film branches out to tell many tales. It seems with a running time of about two and a half hours some of this material could be cut out and added as DVD extras. At the same time though if you were to remove these pieces you lose the big picture. As much as the film jumps from one topic to the next and introduces a slew of people connected to this place at no point was I bored or thought this wasn’t going anywhere. The film feels like a punk song as it doesn’t fit the typical format in my opinion of a music doc as it tries to cover everything associated with the East Bay scene. It will lead down one road but take you on slew of side trails and back roads before leading you back on your way.

The film is so involved that it is trying to give the viewer every aspect of what was happening at that time in that specific area. One of my favorite parts of the film were the stories of how bands got together and made a name for themselves, not because they were punk but because they were different. Executive produced by Green Day we are also given the back story of how the band came to be and became known today as one of the biggest bands in the world, and it all began at a dingy punk club called Gilman. The film also tries to paint a picture of how the East Bay community worked/banded together to build a community. It was in this community people found themselves, were able to become something more and at the same time help others do the same. As narrator Iggy Pop concludes “it could be happening anywhere, it should be happening everywhere.”

Visit the film’s website at www.eastbaypunk.com for release info & tickets