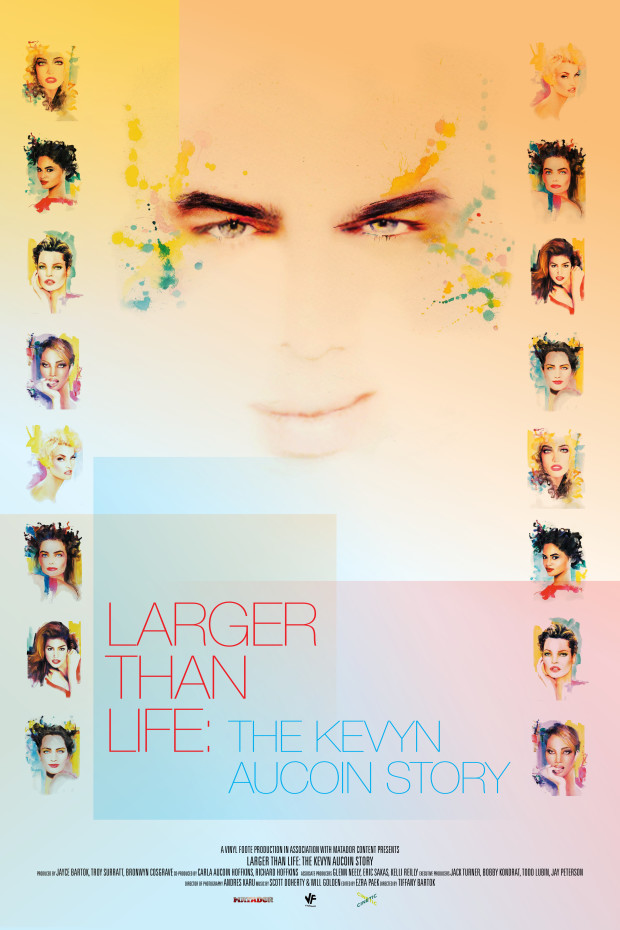 With so much content out there it is an honest assumption that not everything is enjoyed by the masses; whether it be personal views or simply because the topic/story is of no interest to them. That said I have never been interested in makeup, maybe special effects but never in the sense of tv/print ads or fashion shows. Even though the topic has never been of interest the story of Kevyn Aucoin is one to admire. The documentary directed by Tiffany Bartok Larger Than Life: The Kevyn Aucoin Story covers the life of renowned makeup artist Kevyn Aucoin.

Kevyn was adopted into a family in Lafayette, Louisiana along with three siblings all of whom were also adopted. From a young age Kevyn knew he was gay and for a young boy in a small town in the South it was not a secret about the boy who loved Barbra Streisand and doing makeup. At 20 he moved to New York City to chase his dreams of making the cover of Vogue magazine. It was not long before his career skyrocketed and everyone in the fashion industry wanted to work with Kevyn. From there his career propelled into tv/film and he was making regular appearances on talk shows to discuss the techniques of his work.

The power behind this film is the simple story of a small town kid who chased his dream and made it come true more than he could ever imagine. His goal was to make at least one cover of Vogue and towards the end of the film Kevyn shows his portfolio with fifty of his most favorite Vogue covers. The film is filled with interviews of those who worked with Kevyn as well as his siblings. They all share the story of an ambitious young artist who separated himself from everyone else in the field. His style and technique are considered basics of the makeup world but thirty years ago Kevyn was an innovator. Although his time was cut short his memory lives on as a true artist and pioneer.