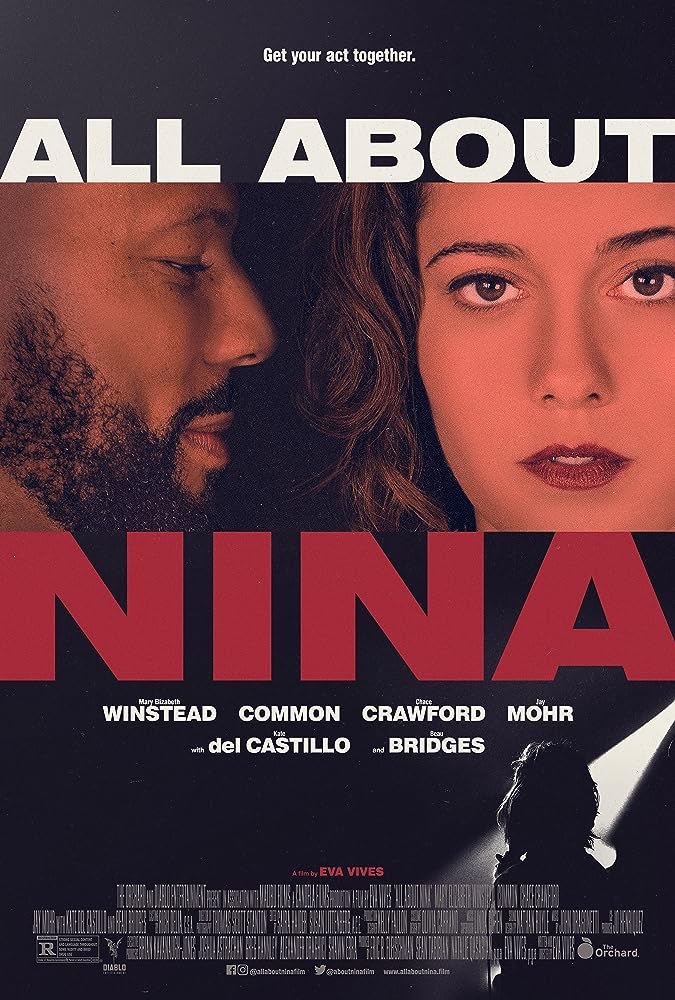 No one’s life is all sunshine with rainbows and most of us tend to know that harsh reality. We all deal with issues that we carry with us everywhere we go but we also have the ability to manage them accordingly. What happens though when your life is out in the public eye and on top of that you’re a comedian who is known for their humor and amusing puns? We have seen in the past that those who bring smiles to people’s faces aren’t always the standard of positivity. Celebrities such as John Belushi, Chris Farley, Richard Jeni, Greg Giraldo and Robin Williams, were all standup comedians who died tragic deaths. The characteristics of being selfish, self destructive, insecure and filled with doubts/regrets as well as hiding traumatic events unfortunately seem to be a staple of “the comedian”.

First time feature writer/director Eva Vives captures the bubble world of standup comedy with her film All About Nina. The film stars Mary Elizabeth Winstead (Scott Pilgrim vs. The World, 10 Cloverfield Lane) as New York standup Nina Geld who decides to head out west for a fresh start. Trying to erase the past of an abusive partner who is also married with children Nina isn’t the most stable person but in reality which of us truly are. Quickly after arriving in LA she meets Rafe played by Common who adds a level of stability into Nina’s life, not necessarily the best element to be added though. What Vives captures so well throughout the film is the lifestyle of being a comedian; from the dingy, dimly lit comedy rooms, Nina’s routine and attitudes throughout are spot on. Another element Vives added is the complexity of being a female standup, with comedians such as Amy Schumer, Ali Wong, Nikki Glaser and Iliza Shlesinger this bares relevance in todays climate. I really enjoyed the scene where a group of female comics are vying for a spot on a SNL style show called Comedy Prime; the interactions within the group, their routines and fallout all felt natural.

As enjoyable as the film was it is Winstead’s performance throughout that steals the show. She carries the film on her shoulders with a carefree, fuck everyone attitude and it’s that mentality that I felt Winstead was not only recreating but genuinely living. The connection between Nina and Rafe felt so intimate with sincerity that it echoes the complexities we all share when starting a new relationship. Films like Funny People and The Comedian have captured highlights of “the life of a comedian” where as All About Nina not only captures that lifestyle but expands more into the psyche of being a comedian and the hidden struggle of maintaining a “normal” life. What is so intriguing about Vives’ film is that although it is about a comedian it also sheds light on a human characteristic most use which is using humor as a facade in covering up an emotional pain we have inside. Regardless of who we are we try to show the best of ourselves which tends to be a layered exterior of what we “want to be like”. It is in wearing this “mask” that some are able to function in society while others stray too far into the deep.