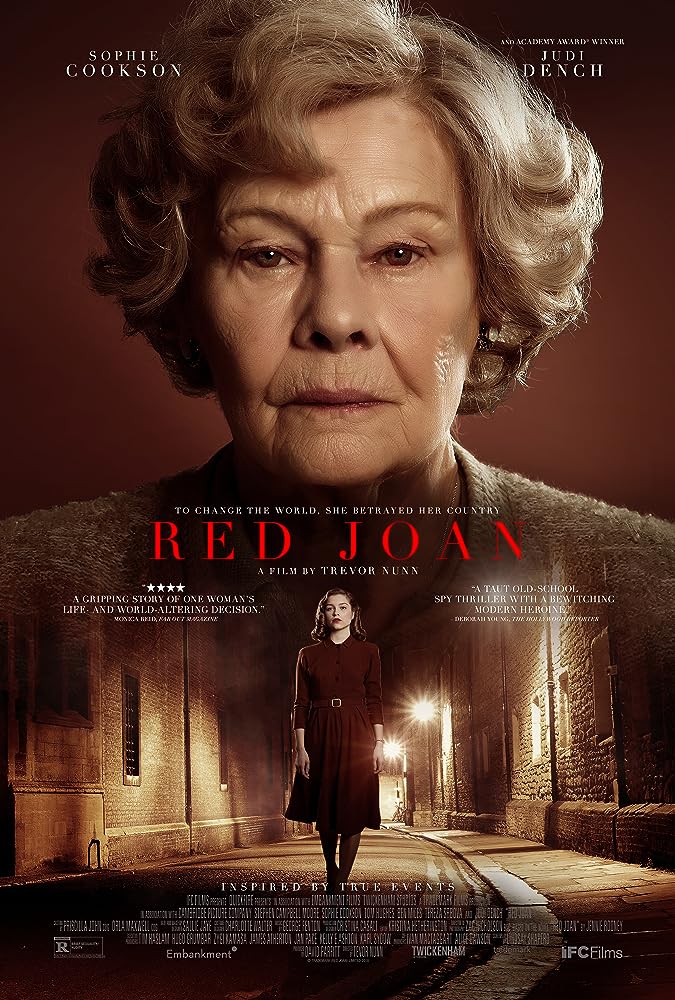 Nothing in our lives is ever clear cut and exact. We are each molded by the world we live in, the times we experience and the choices we make. As times change so does the perspective of those who were not there to experience it first hand. It is easy years down the line to point fingers and make accusations based on past actions but what is lost is the context of those events. The results are always more obvious after the fact but we do not live in the luxury of knowing the impact or perception our choices will have as they are made in the heat of the moment. Director Trevor Nunn’s film Red Joan takes this heavily into account as it uncovers the true story of an English secretary turned spy for the Russian KGB.

The film is based on a novel of the same name but differs from the real life events of Melita Norwood who was later dubbed “Granny Spy”. In the film Judi Dench plays the elderly Joan Stanley who has been accused of being a KGB spy. The film is told heavily through flashbacks of a younger Joan, played by Sophie Cookson, while older Joan is questioned by British intelligence. As an outsider it is easy to pick up the red herrings early on but as the protagonist they are just simple every day events; that is where the film finds its strength. It is the human condition that is on display throughout; our choices are fueled by emotion and circumstance.

Cookson plays the character effortlessly with such purity and innocence that it is hard to conceive her as an evil Russian spy. It was Joan’s ambition to be a part of something that could change the world that eventually led her to share secrets. It was not in wanting Russia to secure a weapon of mass destruction but rather to offer an equal playing field as well as consequence to all parties. As the viewer it is hard to look at Joan in any negative light as everything is motivated through what she considered rational thinking. What actions would you take to prevent another atomic bomb dropping much like the ones that fell in Japan?

Cookson shines as the true star of the film and with Dench portraying the same character that is no easy task. It is not due to screen time but in where the character is at each point in their lives. Dench is portraying an elderly woman who has lived a full life and is reaching the end while Cookson is an exuberant, naïve girl with the world at her feet. This story could have been built as a spy thriller with tons of suspense but in taking the different route of exploring a person at their core and what makes them who they are I felt offered the viewer something more.