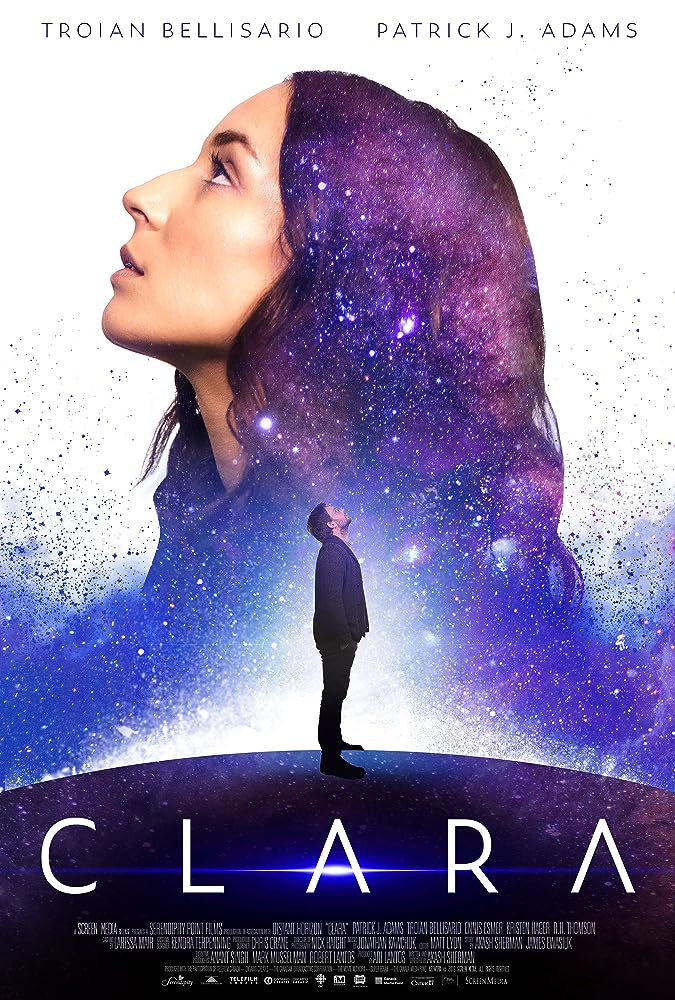 Films such as Starman and The Fly have crossed the realms of sci-fi and romance together to quite the success. The stance they take of an irregular entity being in love is right in front for all to see. There is little to no surprise as events occur as the viewer is aware of the non-humanoid presence. That is one element of Akash Sherman’s film Clara that really caught my attention. When I think about the film overall it has nothing to do with sci-fi but that extra element was handled so delicately and really offers a unique payoff for the viewer.

Starring Patrick J. Adams (Suits) and Troian Bellisario (Pretty Little Liars), the duo pair-up professionally to find signs of life out in the universe. Adams is a withered, defeated professor who lives solely to make the next big discovery with little concern to himself. Bellisario offers an enjoyable counter rhythm to Adam’s lifestyle and it is amusing to watch the two share the screen together. Troian plays her character with such a purity and brightness that Clara always pops when she is on screen.

The dynamic of mixing sci-fi and romance is subtle but is an extra element that adds to the overall feelings within the film. What plays so strongly throughout is the human condition; it allows us to relate more to the characters as nothing they feel or experience is just a wasted moment. Adams plays Isaac Bruno with such a vast emptiness that when his life begins to change we get to feel the excitement, joy and pain as much if not more than the character.

The chemistry between Adams and Bellisario is infectious. This is not just another romance film nor is it a sci-fi film; it just happens to mix the right amount of each giving viewers an overall enjoyable film experience.

Film has a Limited Release beginning Friday May 3rd