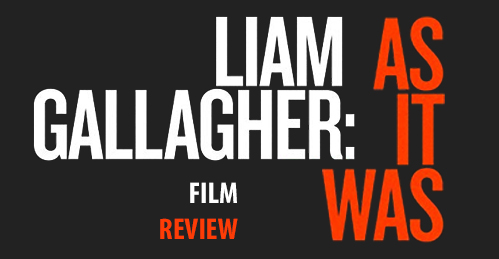 It is easy to forget through our filtered view that celebrities are regular people who deal with the same problems as the rest of us. We are often fed stories through tabloids and rumor obsessed social media that further push our “perspective” of these people. The “image” these celebrities portray are mere glimpses of the person as a whole; through the eye of Gavin Fitzgerald and his documentary Liam: As It Was we get an insight into former Oasis member Liam Gallagher.

Both Liam and his brother Noah gained notoriety with their band Oasis. In their 18 years they released numerous albums and received multiple nominations/awards. On the flip side though it was their tumultuous relationship that led to Noel leaving the band in 2009. The band then changed its name to Beady Eye but only lasted five years together. It is in Fitzgerald’s film that we see the toll this had taken on Liam and the rut he had been living in. Like any of us he was contemplating what was next and if he could follow through.

What follows is an inspirational story of a man who with the help of those around him was able to continue to live his passion which was music. It is evident through interviews and footage that Liam’s “wild side” is not as over the top as the public would believe. His partner/manager Debbie Gwyther even attests that yes he likes to drink, he can be loud but that’s just who he is. One of more redeeming moments in the film is when Liam realizes that the fans waiting outside his hotel aren’t just Oasis fans but admirers of his current work. The elephant in the room of course is Noel and the fact the two have not had contact since breaking up.

Liam has overcome the “burden” of not being a song writer after Noel doing it for so many years. People now relate to the words and music he puts out which is an even greater moment for Liam and his family to recognize. The hidden truth though which is slightly touched upon is that he is still looking for his brother’s attention and approval. This is the “deepest” the film goes as far as looking at Liam’s issues; I feel this is a much abbreviated, polished version of Liam’s life. That is not to say the story of Liam’s career and how he came to be where he is now is not insightful, it is, as the audience is given this other side of Liam’s life; which in hindsight is not that much different than our everyday lives and issues.

Now Playing in select theaters as of Friday 9/13