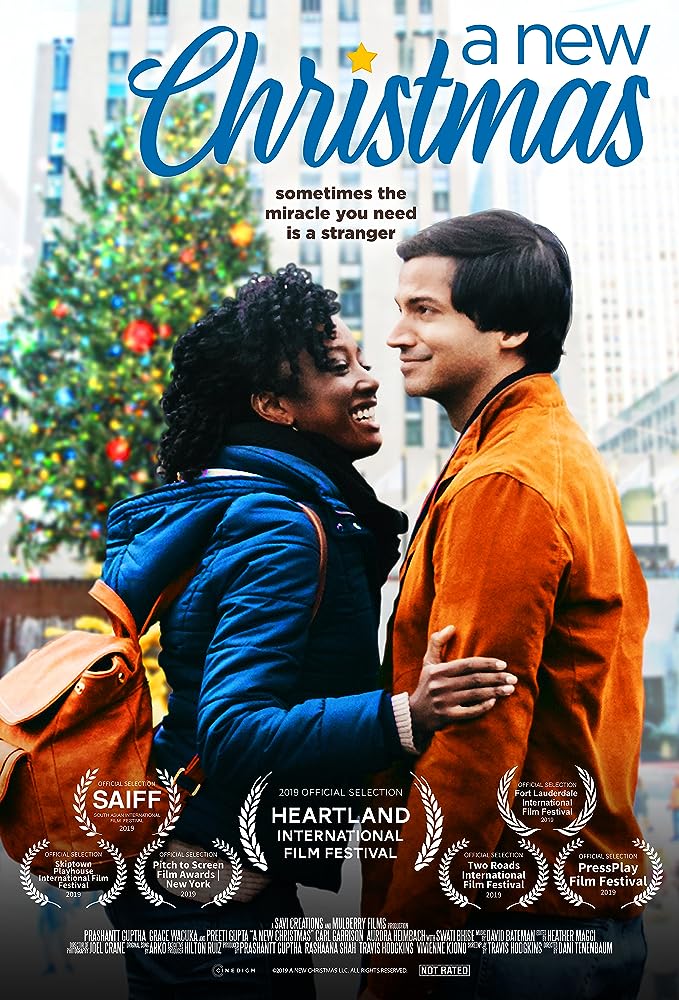 Tis the season… some might consider this the “most magical time of the year” but as in life we do not all share the same outlook. The hardest thing to deal with in life would be the loss of a loved one especially for those who have lost their parents. Losing someone in your life is never easy but above all else losing someone who has been with you since your first day is an unbearable pain to carry. Speaking first hand as someone who has lost someone close and dealt with depression it is a hole you think that is inescapable. It is through the aid of those you surround yourself with that the possibility of seeing light at the other end of the tunnel is a plausible outcome. It is not an easy task nor is it always desirable either, as we can not fathom our lives without these people. In Daniel Tenenbaum’s new film A New Christmas he combines the harsh reality of losing a parent with the magic that is brought along with the holiday season.

The film centers on Kabir played by Prashantt Guptha, who in the year prior loses his mother unexpectedly to a heart attack. Fast forward one year later and we see the effects this has on Kabir physically, mentally and emotionally. His marriage is holding on by a thread and his studies as a med student are drastically going off the rails. It does not take long to see how Kabir’s life is in tatters and how even the support of his wife Shivaani, played by Preeti Gupta, is not enough to pull him out of it. This is where I felt the film is relatable in terms of personal loss, it is never easy to pull ourselves up even if those around us are trying to help. It is in a random meeting in Washington Square Park where Kabir’s story starts to turn for the better when he meets Kioni, played by newcomer Grace Wacuka. Kioni has travelled from Kenya in hopes of enrolling in a film school program and she is trying to take in all that the city has to offer during the holiday season. It is in the kindness and sweet hearted nature of Kioni that Kabir begins to find light. What ensues is an innocent journey day as Kabir takes Kioni to all the beautiful sights in the city.

In their journey we find out that both their stories are not so different but it is in Kioni’s outlook that Kabir changes his current mood and view of the world. Those of us who live in the city tend to ward off anyone and everyone so that we stay in our own bubble but by opening himself to Kioni Kabir’s whole life takes a turn for the better. The surroundings of the holidays does not feel overused or “over the top”; it adds that “magic” that comes along with the tinsel, lights and trees. It is a pure essence that is at the root of the holiday season. What is also refreshing is that the relationship between Kabir and Kioni is not centered on love but the reflection of accepting the kindness of strangers. The film also tackles the idea of arranged marriages and how that too can affect the relations between people. Both performances by Guptha and Wacuka are so sweet and natural that their bond comes off effortlessly. In a time where we surround ourselves with social media and streaming media, there is nothing more refreshing than being able to unplug from the outside world and accept those around us; even if we have no idea who they are.

Film will be in theaters & available via VOD Friday December 6th