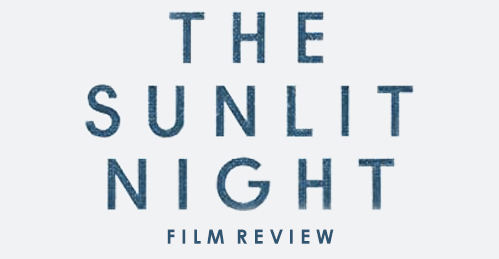 There is always an exciting atmosphere around festival time. The hard work of many individuals comes to fruition but sadly for some it ends there. Not every entry in these major festivals such as Sundance or Tribeca ever get distribution resulting in work never getting to be seen by a wider audience. An entry in 2019s Sundance Film Festival Director David Wnendt’s film The Sunlit Night has just been released and is available now via streaming platforms. The film boasts a well-rounded cast headlined by Jenny Slate (Big Mouth, Gifted) along with Jessica Hecht (Friends, Breaking Bad), David Paymer (Get Shorty), Gillian Anderson and Zach Galifianakis. The film centers on Slate’s character Frances moving to the far north of Norway to take an apprenticeship with a fellow painter and adjusting to her new surroundings.

The film is based on a novel of the same name and the screenplay was also written by the author Rebecca Dinerstein Knight. Slate has an awkward appeal to her that makes Frances’ journey all that easier to fall into and watch unfold. The quick introduction into Frances’ life immediately lets us know what world we are stepping into and that is one of a woman whose path is unknown: breaking up with her boyfriend, sister getting married, parents divorcing and her art not going anywhere. All these events come toppling down over her within just a few minutes into the film. From there we are thrust into the beautiful landscapes of the Lofoten Islands far north in Norway. The change in pace and location give both Frances and the viewer a chance to breath after being suffocated previously; literally… as seen in scenes where Frances spends time with her parents played by Hecht and Paymer. The scenery is absolutely stunning and Wnendt captured the island’s majestic beauty in each scene like a painting.

The story that follows I feel sadly is where the film takes a left turn. What caught my attention immediately was the relationship between Frances and her “mentor” Nils played by Norwegian actor Fridtjov Såheim. Nils is a silent, straight forward, no nonsense person who just wants to complete his project… painting a barn inside and out using only variants of the color yellow. This uneasy alliance along with Frances finding her way made enough of an interesting story for me but I assume to follow the path of the novel more a romance was introduced for Frances. Upon arriving she encounters another traveler Yasha played by Alex Sharp. Yasha has come to say goodbye to his father who has passed and requested to have a Viking funeral. I feel the novel is able to flesh out Yasha’s story more along with his budding romance with Frances but in the film it feels like two completely separate entities. At times Frances becomes a piece of background scenery as Yasha becomes the main focus which shifts the whole flow of the film. I felt the film suffered because with the time spent it could have been given to other elements that were more engaging to the story: Frances’s parents, dynamic between Nils/Frances, Frances’ “enlightenment”.

The film most certainly has its amusing moments such as interactions between Anderson and Galifianakis, Frances’ odd friendship with a supermarket clerk and a picturesque scene involving a Jewish/Viking Funeral for a Russian man led by Galifianakis. Unfortunately I feel that there was too much cross over material that it was difficult to get everything to play out the same way, Wnendt’s keen eye for scenery and using the landscapes as a visual tool kept me engaged throughout as did Slate’s performance; it’s just too bad Frances did not get a better send off.