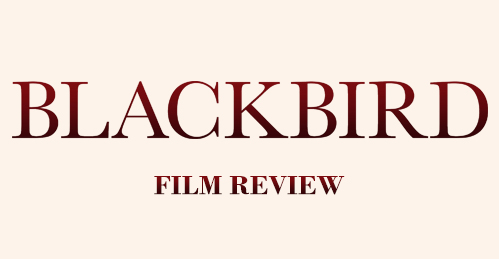 One of the hardest ordeals to ever be faced with is death. It is an event none of us are emotionally prepared for especially when it happens to someone close to us. On top of that is also the controversial issue of assisted suicide; an occurrence for those who are terminally ill and wish to end their lives on their own terms before they wither away. Combine these two elements and that is the focus in Roger Michell’s (Notting Hill, Venus) new film Blackbird. The cast is star heavy being led by Susan Sarandon alongside Sam Neill (Jurassic Park, Event Horizon), Kate Winslet (Titanic, Eternal Sunshine of the Spotless Mind), Rainn Wilson (The Office, Super), Mia Wasikowska (Alice in Wonderland, Crimson Peak) and Bex Taylor-Klaus (Arrow, 13 Reasons Why). Sarandon’s character Lily is terminally ill with her disease soon to leave her immobile and hooked up to machines; it is her dying wish to spend one last weekend with her family before choosing to take her own life with the aid of her husband Paul, played by Neill, and the consent of her daughters Jennifer and Anna, played by Winslet and Wasikowska.

The film’s flow and presentation make it equivalent to watching a play and/or documentary. Michell uses long takes and wide shots to let the audience get deeply rooted in this family’s most difficult gathering. From the arrival of the first guests I personally felt an attachment to the family aspect of forced reunions: nervous/quiet energy and an uneasiness on how to act, not to mention the underlying reason why they are here in the first place. The family dynamic between everyone feels natural and aside from a few twists I am sure anyone who watches will feel the same. From the awkward, uptight parents played by Wilson and Winslet to the “loner” sibling who does not fit in Wasikowska’s Ana, to the uncomfortable grandson Jonathan, played by Anson Boon (Crawl), each actor falls into each role effortlessly. Michell is able to maintain a constant unsteadiness in each scene and just as we feel everything is about to calm down everything shifts into another gear.

Sarandon is as powerful as she is fragile in this film. The struggle to maintain some sort of normalcy while she faces imminent death is a looming cloud that she is unable to escape. The scenes between her and husband Paul, played by Neill, are sincere and touching as are Lily’s moments with her oldest friend Liz, played by Lindsay Duncan. We are not only observing the this last gathering but also the moments where Lily realizes these will be her last; an especially touching moment is when Lily asks her husband to shut the shades again so that she may wake up one last time. This film is filled with touching moments but I’d be lying if I said this wasn’t a tear jerker. The conflict in allowing their mother to take her own life is a heavily weighted decision that lies on both daughters and their ways of handling it are anything but normal. What is normal though? That is a question you can ask yourself after watching this film as Michell brings forth the topic of assisted suicide and the dignity those who choose it feel knowing they will leave this earth under their own terms.