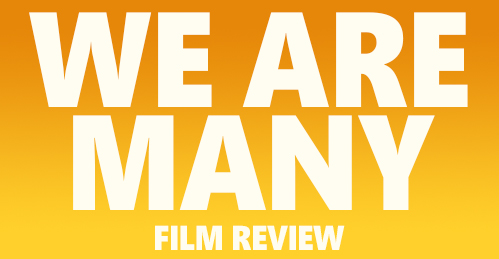 Abraham Lincoln was quoted “Government of the people, by the people, for the people, shall not perish from the Earth.” It disheartens many people not only in the United States but across the globe that our governments have forgotten those whom they are there to serve. A truer notion could not be any clearer than in the 1819 poem entitled The Masque of Anarchy written by Percy Bysshe Shelley that ends with the line “Ye are many – they are few!” Shelley’s poem is considered the first modern statement of the principle of nonviolent resistance. It invokes the idea that we the people have the power to make a change in the world we live in and that example was shown in the greatest form possible on February 15, 2003. That date was unlike any other in the sense that as the sun rose in the East and made its way across the West like dominos groups of thousands and millions gathered in solidarity to protest the impending war in Iraq; creating the largest protest in the history of the world. Documentarian Amir Amirani’s film We Are Many showcases the events that unfolded after the attacks on 9/11 and the effects that are still being felt today.

Amirani takes us through a step by step process of unfolding events in both the U.S. and U.K. governments spearheaded by President George W. Bush and Prime Minister Tony Blair that ignited such a public outcry. The people were smart enough to understand that what we were being told was a lie and the results would be devastating. The film offers interviews from people across the spectrum attached to this story from reporters, veterans, protest leaders, civilians and those directly involved to the events. It is already uncomfortable watching everything unfold since we know what happened but it is what we did not know that makes watching this film so incredibly infuriating. Testimony from US Air Force veteran Tim Goodrich saying that US forces were already attacking and provoking Iraq well before the public knew; whereas we were told they were doing everything possible to prevent such actions. Confession from Former Chief of Staff under US Secretary of State Colin Powell Colonel Lawrence Wilkerson where he wishes he had resigned from his position after being witness to the lies; going as far to say if it would bring those in charge to justice even if that meant he’d be charged he would do it.

As gut-wrenching it is to watch political figures mock and demean us, it is all that much more empowering and uplifting to see what we did together. Men, women and children of all ages/races/religions/sexual orientation across the globe joined as one to stop the horrors of war for something that was an obvious lie. In 72 countries across 789 cities we told our leaders NO! Of course we also face the ever surreal fact that our voices did nothing… at that time. Fast forward ten years later and our world is once again faced with an impending war. Not only did we once again rise to have our voices be heard but they had to admit to themselves that they were wrong. It was that solidarity and outcry that stopped another war from happening and proved that our voice can make a difference. It is in that spirit that also sparked the flame in Egypt; inspired by the protests of 2003 took it upon themselves to overthrow its leader Mohamed Morsi to usher in a new era for Egypt in 2013.

Unfortunately, our world is once again faced with turmoil and we have joined together. Protests against corrupt politicians and the Black Lives Matter movement usher in that same spirit as in 2003 with a slight change. If there was one aspect many would change in 2003 is to not stop. The gathering on February 15, 2003 was a tremendous moment in the history of the world but what about the 16th, 17th, and so forth. That is a lesson we have learned and for months now people have been fighting to be heard and be recognized. The strength is not in armed forces or demeaning rhetoric but in showing we will not take this anymore. There is only so much they can turn a blind eye to until the reality of the people’s true power in that We Are Many.

Film is available via streaming platforms

Screenings & Additional Info about the film can be found HERE