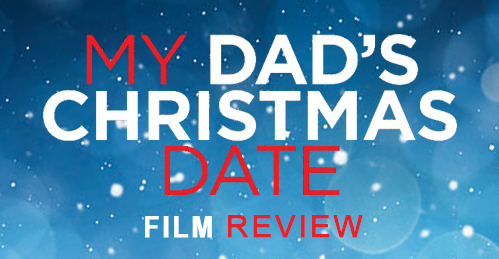 The holiday season is rapidly approaching and with that it brings us non-stop marathons of holiday themed family films. There are a slew of these films that come and go with no one knowing and that blame falls on no one simply because there are just too many to keep track of; like any other genre of film. I must confess that these films feel bland with the majority feeling like a repetitive cycle between the Hallmark and Lifetime channels; that does not mean there is no entertainment value in these films. The added essence of the holiday background give you a warm feeling and that is definitely only delivered through these films. Akin to a film like The Parent Trap director Mick Davis’ new film My Dad’s Christmas Date brings the whimsy of the single parent setup mixed with the purity that comes from Christmas films such as Home Alone.

The film stars Jeremy Piven (Entourage) as David, a recently widowed husband after losing his wife two years earlier in a car accident. Still grieving, David also has to tend to his sixteen year old daughter Jules, played by Olivia-Mai Barrett (Penny on M.A.R.S.). Jules is starting to come into her own, add that to their current situation and the father/daughter dynamic is far from being at its strongest. Jules also realizes the impact of what losing her mother has done to her father, who just consumes his time with work. In trying to add a spark into her dad’s life Jules takes it upon herself to sign him up for multiple dating services and sets him up on blind dates… without his knowledge. As mentioned the plot itself is nothing new so it takes a slight of hand to keep you engaged and that falls on both Piven and Barrett. Piven, known as the in-your-face loudmouth, takes it down a couple of notches to portray a sympathetic husband/father trying to find the path to move on. Barrett plays the young Jules as a fiercely independent teenager but is also able to portray her as an equally naïve, frightened young girl.

Davis fills the film with a good mixture of comedy and family drama; with David’s surprise blind date encounters played as both funny and depressing. Piven and Barrett each carry heavy portions of the film on their own but it is those special moments of them together towards the end that make the film worth it.