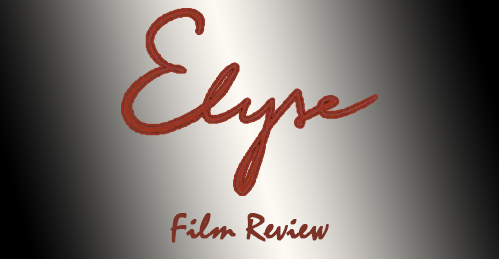 Mental illness is never an easy process to go through, for the patient, for those that take care of them as well as their friends and family. Treatment always differs but the pain for all involved is still present. In the first film from Stella Hopkins, which she also wrote alongside co-writer Audrey Arkins, Elyse shares the story of a woman dealing with severe depression with signs of bipolar and multiple personality disorder. Hopkins takes a different approach in how we watch events in Elyse’s life unfold: because of her ailments there is no definitive answer if what we see is an altered version but I felt as the viewer our perspective at first was as a medical examiner that slowly transitioned into the patient’s.

Hopkins’ storytelling in itself is scattered which at times presents a difficulty in trying to sync the film’s events together. One constant though is Lisa Pepper as Elyse, whom from start to finish puts everything into the pain and suffering this woman is experiencing. From bursts of jealous outrage, intoxicated ramblings teetering on lunacy and outright screams of pain residing deep from within the amount of energy put into this role is commendable. This is an even bigger compliment when acting alongside Anthony Hopkins (Silence of the Lambs) whom plays Elyse’s doctor. Hopkins’ role is played more straightforward opposed to doctors in films such as Awakenings or Patch Adams, his approaches although methodical simply rely on improving the patient with no attachment involved.

For the early part of the film there is no distinction whether the events are happening in real time or just flashbacks from Elyse’s past. The feeling though throughout those early scenes feel very formal and much like an observer on the outside opposed to just watching a movie. We go through each step from Dr. Lewis’ (Hopkins) recommendation to the treatment itself which feels very “medical” with little empathy and a stale quality to the scenes. It isn’t until the film’s revelation dos the perspective switch and we are now in Elyse’s shoes; a complete flip to the scenes prior as these are filled with emotion. Unfortunately with this complete thrust in Elyse’s condition so does the film take a giant leap; what had felt like just the beginning has now fast forward five to seven years later. All the relationships and situations have been tied up but something about it felt rushed leaving for little impact in the ending results. Hopkins does possess a talent in being able to invoke feelings through the character that resonate to the audience and I look forward to her future work.