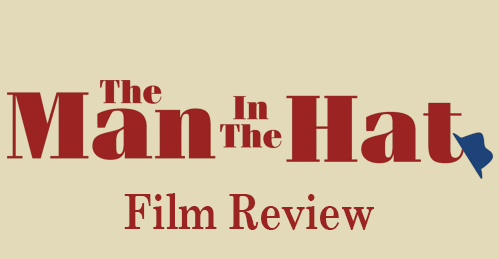 The majority of the time before watching a film we already know going in what to expect but the real gamble comes when going in blind. You can either sit through 90 minutes of utter boredom or pull out a “winner” and be pleasantly surprised. The latter would most certainly apply to the newest film starring Ciarán Hinds (Justice League) entitled The Man in the Hat written/directed by the duo of John-Paul Davidson and Stephen Warbeck. This film is most certainly a callback to such iconic silent films/stars as Charlie Chaplin, Buster Keaton and not since The Artist or even Mr. Bean portrayed by Rowan Atkinson has so much been said without a word uttered. Now to be honest the film is not 100% silent with dialogue exchanged between sub characters but it is Hinds that keeps to this restraint for the most part. The film is also set in the French countryside which is a character all unto itself giving a distinct and beautiful landscape for every scene.

The film focuses on Hinds’ character simply dubbed The Man in the Hat with other characters sharing equally elusive titles such as The Woman, The Biker, The Chef or The Damp Man, played by Stephen Dillane (Game of Thrones). The entire film is Hinds’ character travelling in his tiny Fiat 500 throughout France trying to elude a group of would be mobsters who he watched dump a body in the ocean. Through each new step in his journey he encounters a new character and/or situation that always garnered a chuckle along with a sense of being pulled in by the atmosphere and overall story. We also have characters whose own stories progress throughout the film as Hinds crosses paths with them more than once with The Damp Man having the biggest turnaround. There is something special that happens the more you watch and that is an overwhelming feeling of joyfulness. Hinds’ character is so pure, simplistic and innocent you cannot help but connect and feel his journey as if it were your own. He is able to emote so much through his facial expressions and body language akin to Chaplin where you get the whole story with nothing having to be said.

For viewers not familiar with silent films I would implore them to take a moment and take everything in that comes along with The Man in the Hat’s follies. In watching this film I felt as if I were able to step out of my boundaries and experience something so endearing that possessed a unique charm you cannot help but fall for.